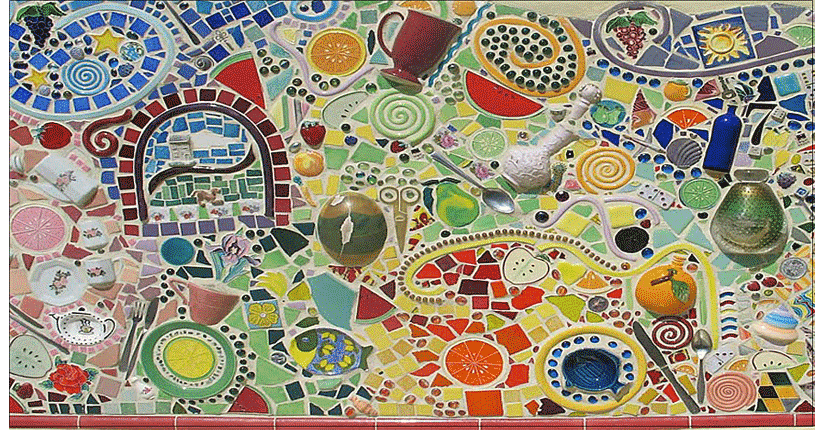 Samples of crocheted/knit panels for Knit The Bridge

Pittsburgh, PA is known for many things -- a certain NFL team, sky high sandwiches, three meandering rivers -- and bridges. Come visit our fair city and you will be impressed by the iron structures that bring visitors and residents alike together.

A project is underway to bring even more attention to our bridges. Knit the Bridge is a grass-roots project organized by local community members to create a "large-scale, aesthetically stunning fiberart installation on a Pittsburgh bridge in conjunction with an international fiberart exhibit."

The word went out to handcrafters a few months ago that large panels of brightly colored yarn needed to be crafted to cover the railings on both sides of the Andy Warhol Bridge, the middle of Pittsburgh's Three Sisters bridges. That's all it took. Knitters and crocheters are by nature a kind, helpful lot who love to be part of things and have a purpose for the work they would do no matter what.

Officially, the Knit the Bridge project was created in conjunction with Fiberart International 2013, being exhibited in Pittsburgh now through August, with the intention of celebrating the history of Pittsburgh as a city of bridges and steel as well as to celebrate the region’s thriving, contemporary arts scene.


I  was fortunate to be able to attend one of the group meetings where crafters work on their own panels, sew donated squares together to make even more panels and re-purpose discarded yarn projects into panels. It was a great way to spend an evening, among friends I had just met. I hope to go back.

Once official permission to line the bridge with yarn is had, and that should occur soon, the panels will be installed on the bridge during the month of August and later taken down, cleaned and given to those who need a little handmade comfort in their lives.
Posted by Teri Flatley at 8:51 AM No comments: